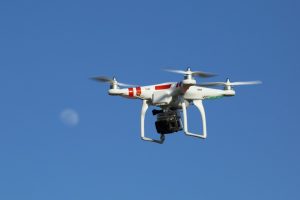 The news is excellent.  The FAA has made a decision in allowing for the use of drones for movie-making and television industries.  While this is exciting news, we are looking at it as even more.

If you’re in the burgeoning commercial drone industry, this news is BIG.  Really Big.

Gaining clearance to use drones in film and TV production is just the first step toward widespread adoption of drones for commercial use across a range of industries.  Here’s to hoping that they allow commercial drone use for the rest of us! Today the FAA allows movie-making drones, what will they allow tomorrow?

On Thursday, the Federal Aviation Administration granted 6 television and film productions an exemption to its outright ban on the use of drones for commercial purposes. The exemption, only the second of its kind and the first of any meaningful scope, will allow those companies to employ unmanned aerial technology in their business operations even though the FAA hasn’t yet settled on a larger set of rules to govern drone use commercially.

The FAA’s decision is more than just a boon for Hollywood. It’s a signal the commercial drone industry’s long-simmering frustration with the FAA over its blanket prohibition on commercial drones could soon see some relief. Hollywood’s milestone exemption could be the foot in the door that countless companies and industries have sought in their efforts to incorporate drone technologies into their day-to-day operations. And it almost certainly will serve as the model other industries use to get their own drones in the sky sooner rather than later.

It’s important to realize that the fact that while FAA allows movie-making drones for  6 companies, it didn’t change laws.  These 6 companies received exemptions.   More companies applied and were not allowed to use commercial drones.  We have to all work together to ensure we do our proper job when flying so that the FAA sees us as providing no fear to others.  Keep safe and keep flying!  If you want a little more information here is the link to FAA’s own website with more on the story:  FAA Allows movie-making drones.